"The best colour in the whole world is the one that looks good on you." 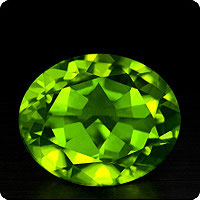 Peridot is a 'self coloured' gemstone 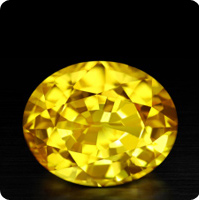 Yellow Sapphire is an 'other coloured' gemstone

Colour is the single most important factor when assessing coloured gemstones. But like everything to do with beauty, it is highly subjective and at the end of the day, in the eye of the beholder. This is not to say that there are no colour paradigms in gemstones, there certainly are, but these should never be at the expense of personal preferences.

It will come as no surprise that the more attractive a gem's colour, the higher the value. The most valuable colours depend on two factors, fashion and rarity. Fashion is easy to understand, it's all about colour popularity; if no one finds a gem's colour attractive, then its rarity really doesn't matter. Inversely, if a gem's colour is popular and it's rare, such as Paraíba Tourmaline or Padparadscha Sapphire, then you've got a gemstone superstar. In general, intense colours are more favoured than those that are dark or light, but there are exceptions, for example, that Victorian favourite, Rose de France Amethyst.

But how does colour actually work? Simplistically, gemstone colour occurs in two ways:

1.Self Coloured (Idiochromatic): A colouring element is incorporated into the mineral's crystal structure, always giving it a characteristic colour. For example, Peridot will always be shades of green from its high iron content, which comprises 12-15 percent of its total mass.

Most things get their colour due to how they react with light. Some gems, such as Opal, get their colours physically as light is refracted in flashes of colours that change with the angle of observation ('play of colour'). But for most gems, and even most objects, our perception of colour involves an amazing transformation.

A red gemstone appears red because all the other colours of the spectrum except red are absorbed by the gem. It is changes in a light source's component colours that cause gems to look different in dissimilar lighting conditions. Even a small variation in the light source can produce a big difference in how we see a gem's colour. In extreme examples, this results in the colour change effect. While some gemstones look better in natural daylight and others in artificial (incandescent) light, a gemstone's colours should ideally remain beautiful in any light source. Scrutinising a gemstone under a variety of different light sources before purchasing is definitely a good idea. As always, be guided by common sense and your preferences, paying heed to the inherent characteristics of each type. 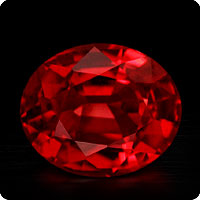 Ruby, the 'king of gems'

Even though there are several industry colour grading systems (e.g. GemDialogue, GemEWizard and GIASquare), there is no universal standard for communicating colour in coloured gemstones. This is mainly due to coloured gems being highly subjective, resulting in sellers creating their own grading, such as AAA.Colour can be a great way to pick the right gem for you, but please note that colour alone is not a reliable way to identify gemstones. Colour helps, but other visual clues such as inclusion patterns, signs of wear (hardness), pleochroism, fire and sparkle are also critical. Below, some popular gems are grouped by their colours - get back in black (black gems), discover heavenly blues (blue-violet gems), become a white knight (colourless/white gems), make them green with envy (green gems), multiply your choices (multicoloured gems), warm your heart (red-pink gems) or simply brighten your day (yellow-chocolate gems). One question I have been asked is: "What colour gem suits every person?" While blue is one of the most popular choices, its richer tones can be too dark for some people. The colour of the sky and tropical seas, medium or aqua blues suit almost any skin tone. Examples include Aquamarine, Ceylon Sapphire, Paraíba Tourmaline and Turquoise. Don't believe me? Just look at the popularity of blue jeans.

Discover our selection of black gemstone jewellery in our webshop >

Discover our selection of green gemstone jewellery in our webshop >

Discover our selection of multicoloured gemstone jewellery in our webshop >