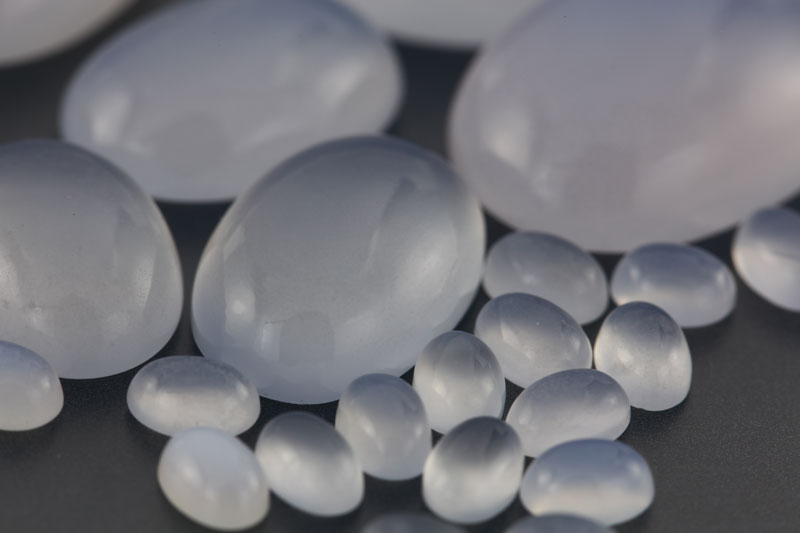 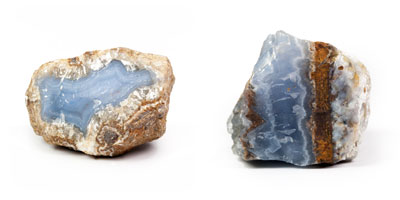 Chalcedony is named after its classic source, Chalcedon, a Roman province of Bithynia located in present day Turkey.

Despite being a gem and a family name, Chalcedony is also a sub-group within the family that covers its uniformly coloured members. Its multicoloured varieties are all under the Agate umbrella. Popular Chalcedony Quartz gemstones include Agate, Aventurine, Bloodstone, Carnelian, Chrysoprase, Jasper and Onyx.

Chalcedony is typically translucent to opaque, coming in a huge array of colours including shades of black, blue, brown, green, grey, orange, pink, red, white, yellow, and combinations thereof. For Chalcedony colour is the most important factor, so is the presence of banding, mottling and spots in some varieties. Banded, mottled or spotted Chalcedony is assessed by judging the beauty and intensity of the colours and patterns present. Usually polished as cabochons, Chalcedony is also frequently used in carvings, cameos and intaglios.

Chalcedony is quite common and can be found in many countries including Brazil, United States, Mexico and Russia. 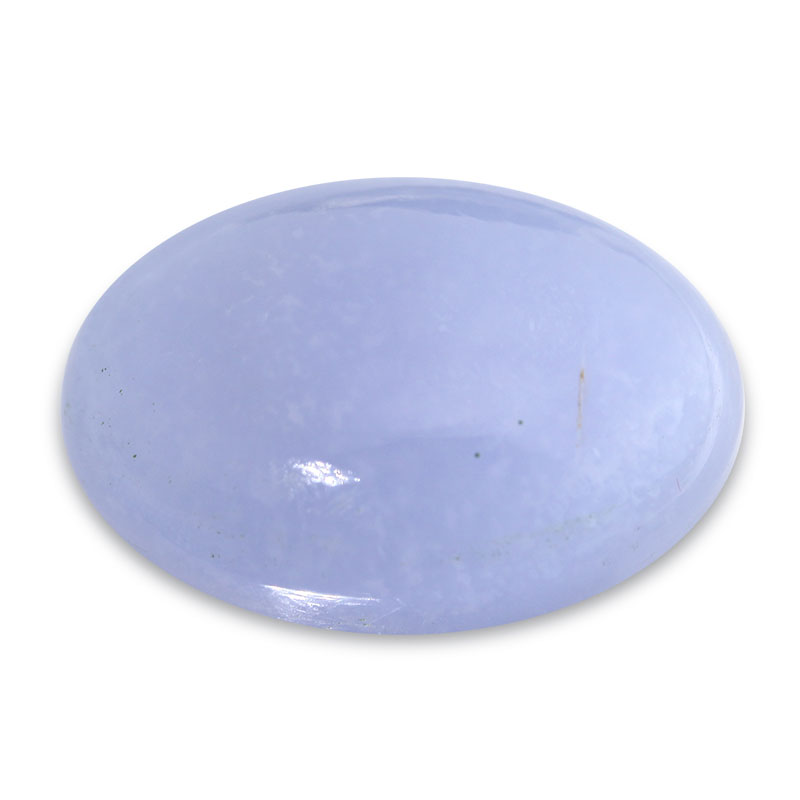 Chalcedony Jewellery in our Online-Shop >