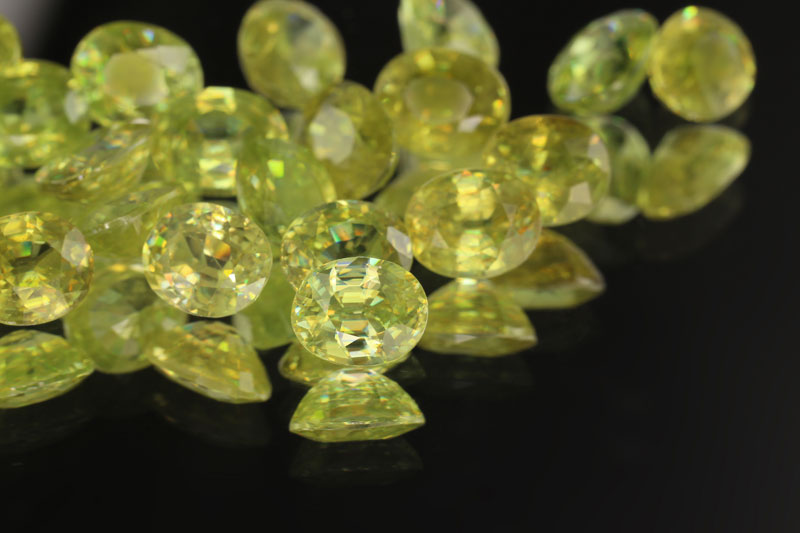 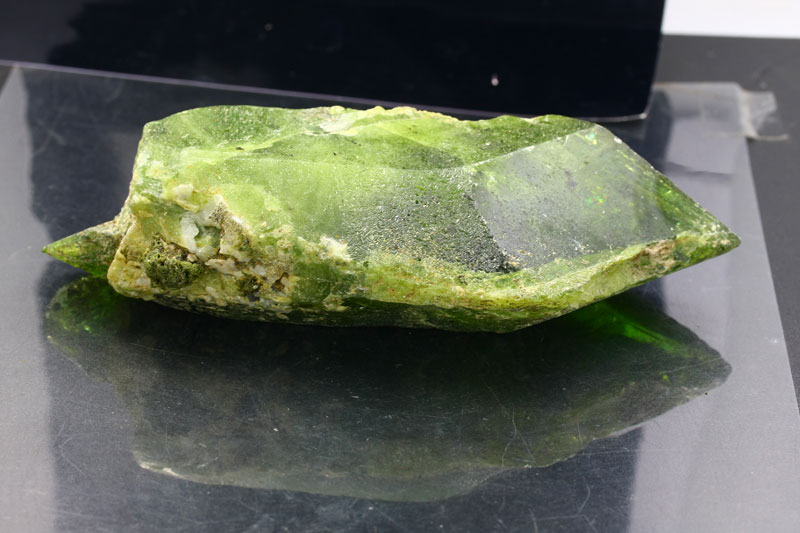 Due to its wedge-shaped crystals, the Sphene was named after the Greek "sfena" for "wedge". Sometimes it is also called "Titanit", which is due to its titanium content.

Sphene is made from calcium titanium silicates and is coloured by the element iron. Depending on their iron content, their colour palette ranges from yellow-green to green to brown. Due to its relatively low hardness (Mohs hardness 5 - 5.5), the machining of the Sphene gems is often difficult.

The main mining area for sphene is Madagascar, but also mined in Brazil, Canada, Mexico, Myanmar, Austria, Pakistan, Sri Lanka and the USA. The raw material is mined directly from the mother rock, which is also called "igneous rock".

The mineral titanit was first discovered in 1795 near Hauzenberg in the Bavarian Forest. The Sphene is relatively new on the gemstone market and therefore could not accumulate any mythical attributions.

The fire (splitting the light into its spectral colours) of a spike surpasses even that of a diamond and demantoid. The expression of this effect always depends on the body colour: If this is too full, the fire of the Sphene is often imperceptible. The chandelier of a spike also comes very close to that of a diamond, it is also called "adamantin" ("diamond-like"). Noteworthy is also the pronounced birefringence, in which the light is split into two separate components - it gives the sphene an optical depth. Its pleochroism also gives the impression that Sphene changes its colour. However, this is due to the fact that the split light beam shows different colours at different viewing angles. 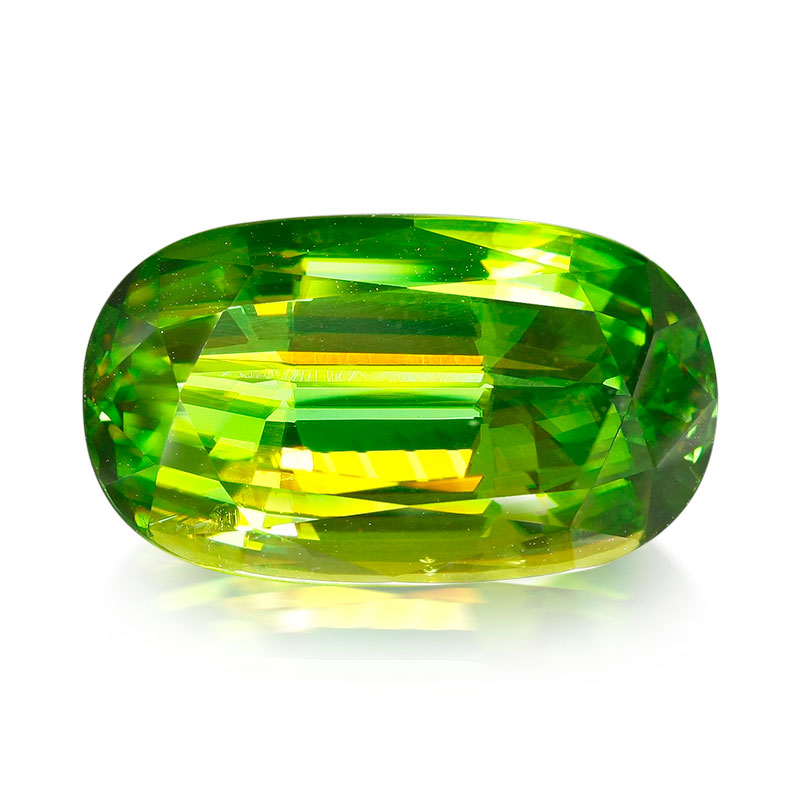 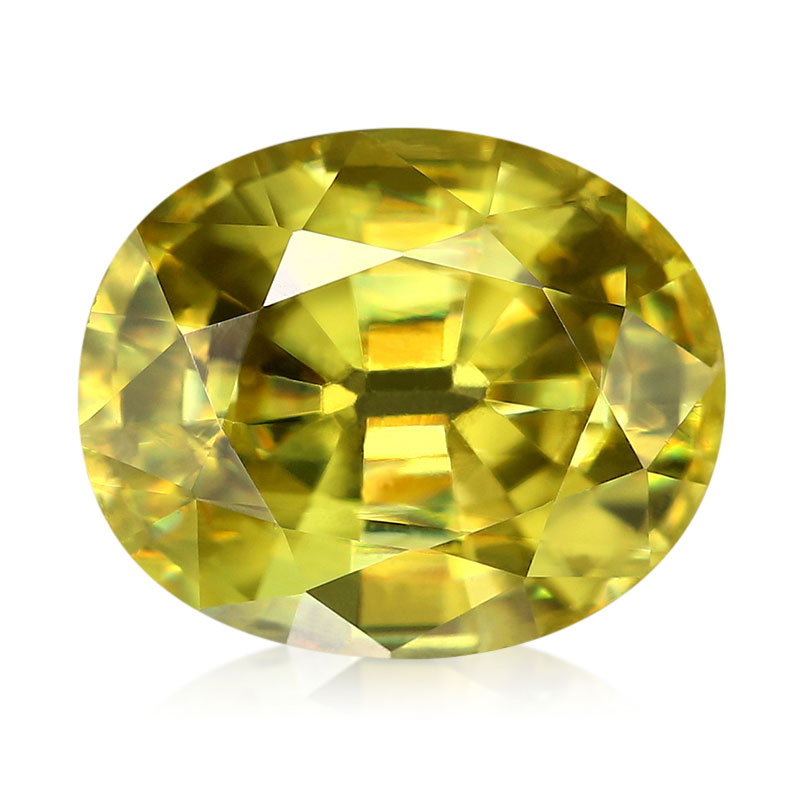 Usually, the sphene is transparent and has a high crystalline purity - inclusions are rarely seen by the naked eye and do not detract from the beauty of this gemstone.

A very rare variety of the Sphene is the Capelinha Sphene from the same named Brazilian city, a famous mining region. This Sphene with the distinctive lime green (also: "Chartreuse") is of truly impressive quality, but extremely rare: Currently, only a few Sphene’s are mined in Capelinha.

It's not easy being a Sphene. Sure, you might be new, rare, have dispersion (fire) greater than Demantoid and Diamonds, but so what? You might even have a strong pleochroism (different colors visible from different angles) that make you appear to change colour, have amazing admantine (Diamond-like) lustre and double refractive that lends optical depth. But who cares? The fact is nobody ever heard of you. Named from the Greek 'sfena' (wedge), because of its wedge shaped crystals, Sphene is also sometimes called Titanite. Most Sphene is green to yellowish-green, but its intense fiery brilliance can display every spectral colour (blue, green, orange, red, violet and yellow). Possessing an intense natural beauty, Sphene when faceted creates brilliant, fiery gems, but is notoriously difficult to polish. Usually smaller than 1 carat, large eye-clean Sphene is extremely rare. While Sphene hails from Brazil, Pakistan and Sri Lanka, Madagascar is currently its main source.

The sphene may be subjected to a steam cleaning, but no ultrasonic cleaning.

Sphene Jewellery in our Online-Shop >