"To suppose that the eye... could have been formed by natural selection, seems, I freely confess, absurd in the highest degree."

Gemstones, jewels, bijous, rocks, and 'bling' are much more than just dazzling, multicoloured expensive minerals and organics. Some gemstones also have special optical effects or simply 'SFX'. Called 'phenomena' by gemmologists, these rare and beautiful optical properties are part of a gemstone's structure. Frequently adding value, expert gem cutting can bring out these unique effects to their fullest, or hide them when necessary. 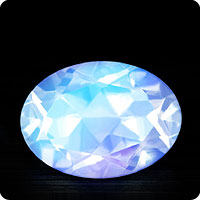 Adularescence mightn't be the easiest word to remember, but it is very easy to spot. Remember 'Moon Shadow' by Cat Stevens? Adularescence is the silver to bluish-white light that shimmers and glides over the surface of that enchantingly romantic gem, Moonstone. Adularescence is due to 'interference phenomena', which simply means the scattering of light by thin crystalline layers. This effect gets its name from a variety of Moonstone found in the European Alps called 'Adularia', and is called 'opalescence' when occurring in Opals. 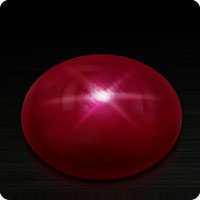 Star Ruby, once aptly known as the 'three swords'

Asterism, also known as the star effect or asteria, is a uniquely beautiful, mysterious optical effect especially coveted in Rubies and Sapphires. Asterism is created by the reflection of light from multidirectional, long needle-shaped inclusions that occur in parallel arrangements in at least two different directions. While they come in six rays, four rays, and on the odd occasion 12 rays, all star gems are dependent on a gem being cut 'en cabochon' (cut in convex form and highly polished, but not faceted). Asterism is most visible in a direct, single beam of light. Colour aside, a well cut star gemstone has a distinct star whose rays are straight and equidistant. Stars are typically positioned in the centre of the gem, bearing in mind that they are sometimes deliberately off-centred for aesthetics. 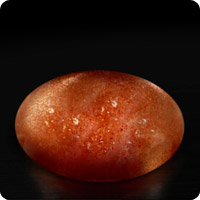 This one originated in an 18th-century Venetian glassworks, when copper filings accidentally fell into a batch of molten glass. According to legend, the workers exclaimed, "a ventura", which means 'by chance', on noticing their glass with sparkles. In gemstones this phenomenon is caused by glittering metallic inclusions. In Chalcedony Quartz, thousands of tiny metallic flakes create the glimmering rarity called Aventurine and when present in Feldspar, sparkling Sunstone. One 'gem' to be aware of is Goldstone, a manmade glass and copper substitute. 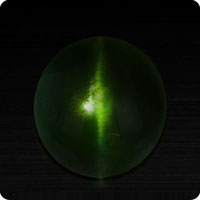 French for cat, le chat is obviously all about our feline friend. Chatoyancy, also known as the cat's eye effect, appears as a single bright reflective line of light, similar to a cat's eye. Chatoyancy is created by the reflection of light from long needle-shaped inclusions occurring in a parallel arrangement. Similar to star gems, the cat's eye effect is dependent on a gem being cut 'en cabochon' and is most visible in a direct, single beam of light. One gem synonymous with this phenomenon is Chrysoberyl, so much so that that if you just say 'cat's eye' to a gem professional, they'll assume you mean Cat's Eye Chrysoberyl. 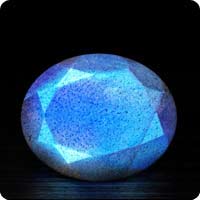 Derived from the Greek 'iris', meaning 'rainbow', iridescence is a rainbow-like colour effect caused by a gem's structure breaking up light into its spectral colours. With colours that change depending on the angle of observation, some everyday examples of iridescence are soap bubbles and butterfly wings. The 'metallic iridescence' or 'schiller' in Labradorite it aptly called 'labradorescence', while the delicate iridescence seen in Pearls is called the 'orient' or 'overtone'. Examples of other iridescent gems are Ammolite, Fire Agate and Mother of Pearl. 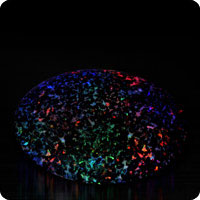 Play of colour in Matrix Opal

Do you remember science class with the prism that displays the spectral colours of the rainbow? If yes, you already understand play of colour. Unique to Opal, 'play of colour' is the flashes of colour that change with the angle of observation. An Opal, whose 'play of colour' flashes are in the rare reds, is generally more valuable than Opals with just blue and green, but as with all gemstones, colour preferences are subjective and should be dictated by individual tastes.

In certain gemstones, atoms are arranged so that light splits into two separate components. If this results in optical doubling, then this is called 'double refractivity' or 'birefringence'. Zircon is a good example of a doubly refractive gemstone. If these rays of light possess different colours visible when the gem is viewed from different angles, then this is called 'pleochroism' or getting more technical, dichroism (two-colours, such as Tourmaline) and trichroism (three-colours, such as Tanzanite).

A common misconception is that double refractivity makes a gem more brilliant. It doesn't. In fact, singly refractive gems can display colours that are purer and more intense than those seen in doubly refractive gems of the same colour (e.g. Noble Red Spinel versus Ruby). Confused? The word that causes the problem is 'double'. While light is being split into two (doubled), the amount of light exiting the gem is not.