Back Home Gemstone Information Agate | Gemstones from A - Z at Rocks & Co. 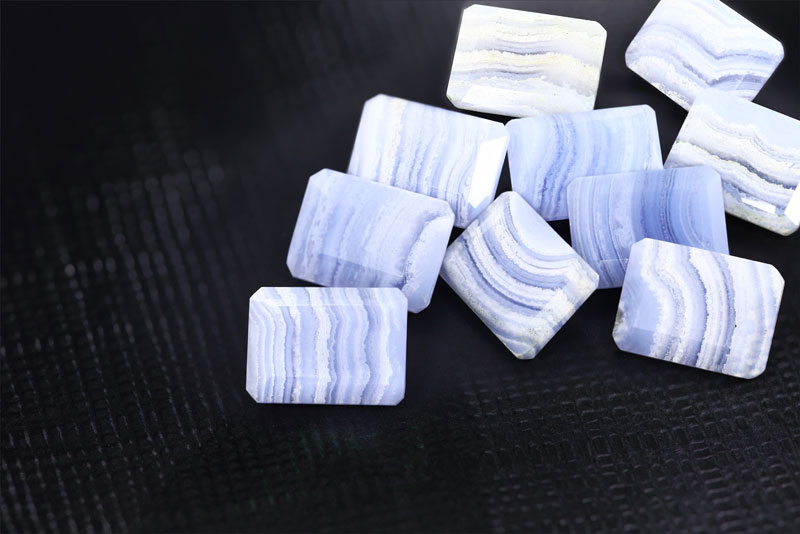 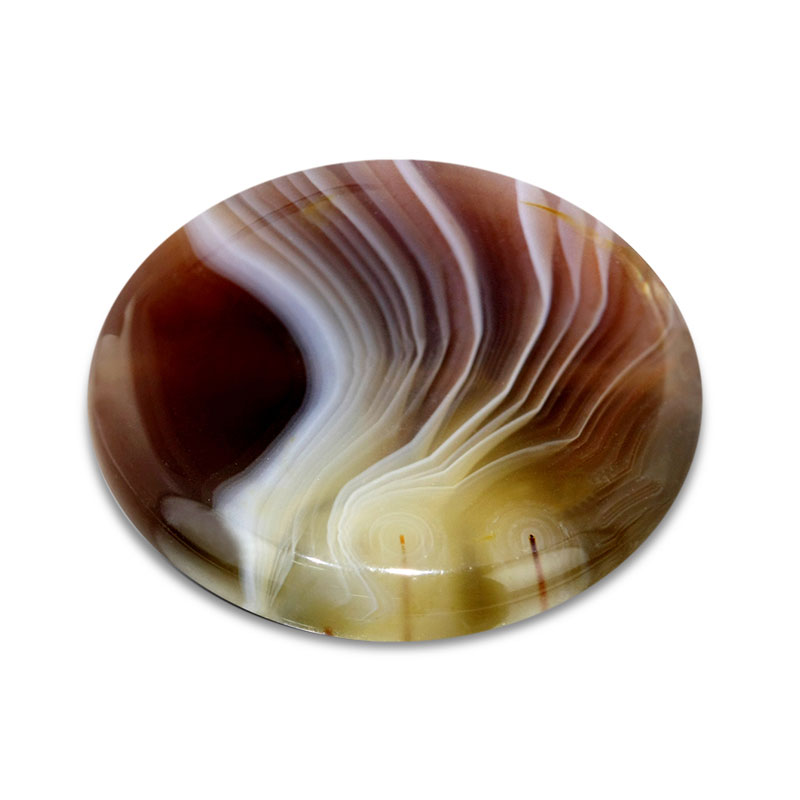 The agate was named after the river Achates in Sicily, as the gemstone was frequently found there.

Agates are created as spherical or almond-shaped deposits in cavities of volcanic rocks, in still liquid lava bubbles of volcanic gases. Silicon-containing solutions are deposited in these cavities, from which the layer-like structure of the Agate finally crystallises when the rock cools.

Agate is a striped, concentrically banded chalcedony. The individual bands can be different colours or monochrome. Agates belong to the group of microcrystalline quartz.

3000 years ago Agate was used for decorative purposes and for practical aspects (such as the production of vessels). In addition, the agate was once attributed the ability to make things invisible.

In the Bible, the second book of Moses mentions Agate as one of the gems incorporated into the breastplate of High Priest Aaron. The sardonyx, a variety of agate, is one of the twelve gems embedded in the foundations of the city walls of Jerusalem.

Even in the Middle Ages, Agate was particularly appreciated. It was customary to tie an agate to the two horns of a common ox to positively influence the harvest.

Agates can have different coloured banding. The individual layers of this banding can be transparent, but also opaque with sometimes strong yellow, white or bluish fluorescence.

Due to the iron and manganese content, the different colours are created. The layers of an agate can have different strengths, but usually remain approximately the same within an almond. 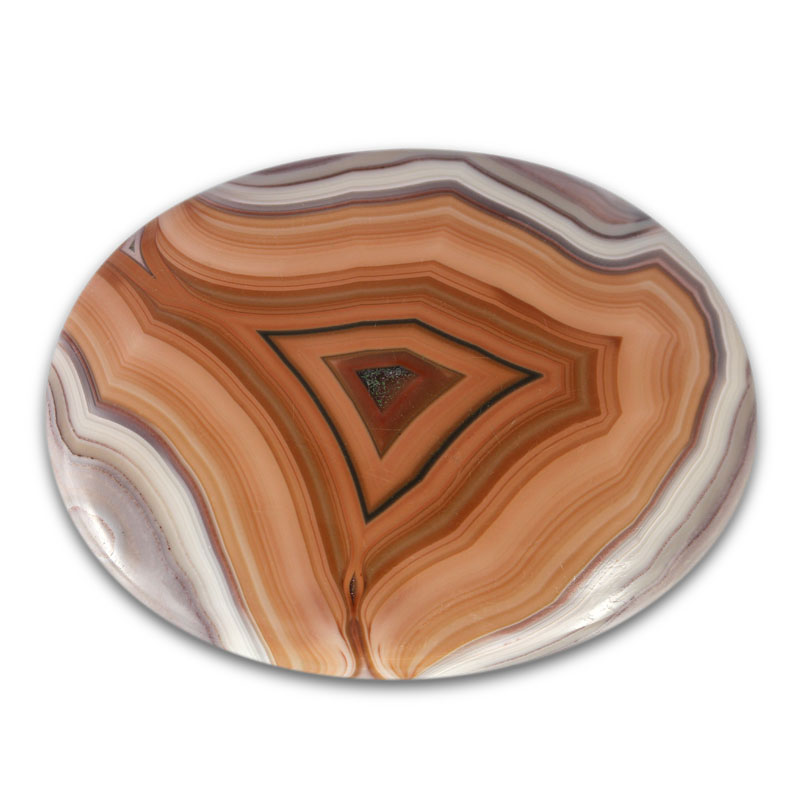 Agates come in a variety of colours and varieties.

The blue ribbon agate shows bands drawn in different shades of blue along the outside wall of the agate almond.

Agate Jewellery in our Online-Shop >